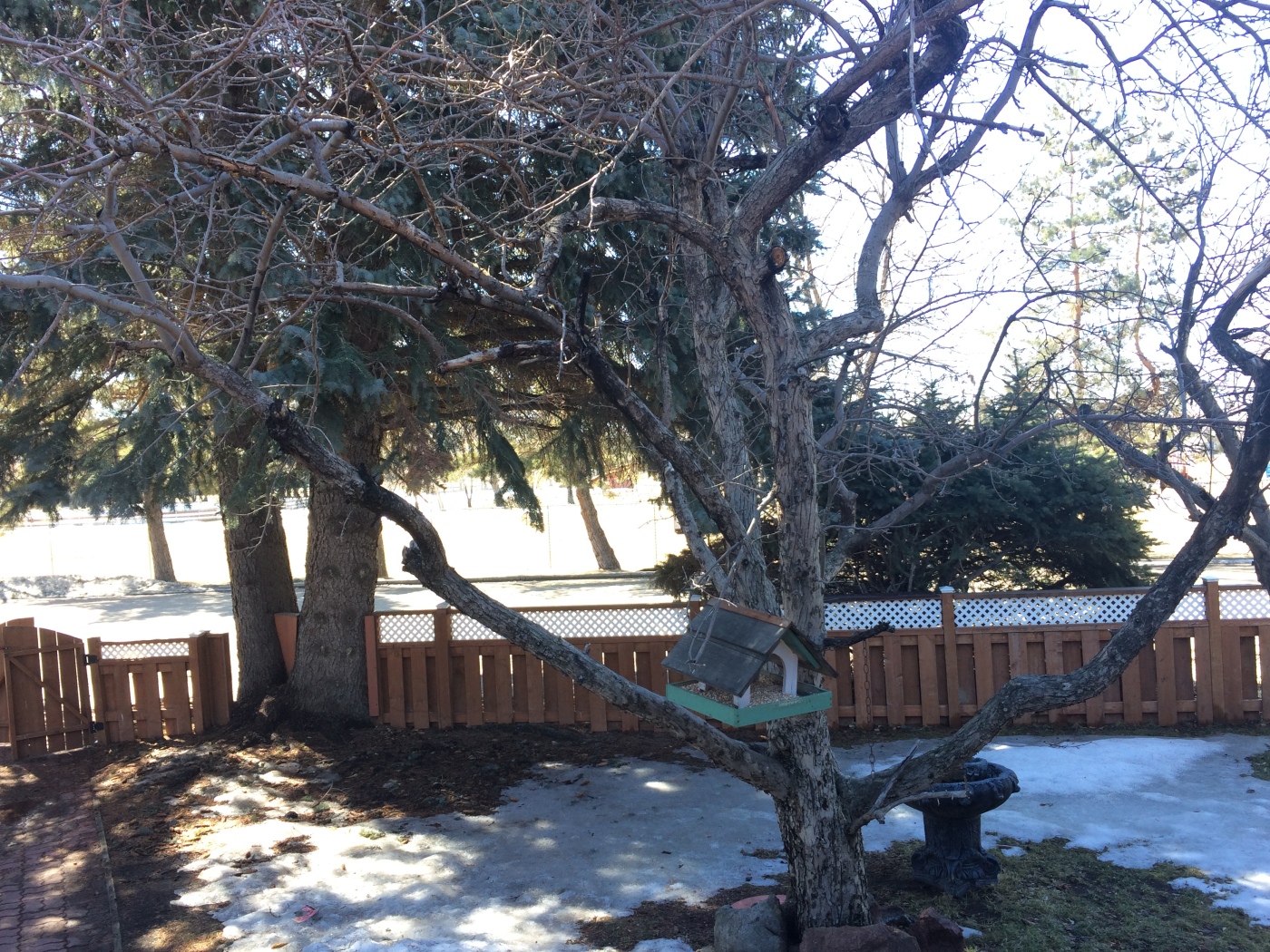 Today was my end of year home visit with my school board facilitator…or learning advisor or whatever technical educationese they’re calling them nowadays.

Debbie. Debbie came for a visit. And I didn’t know she was coming.

Not that I shouldn’t have known she was coming (double negative. Sorry, I know–confusing. Just read it a couple times I’m not changing it). I was fully present of mind and accountable when we scheduled the date. I was just so traumatized by the whirlwind pace of March (see my last post all about the big move) that I think I was convinced April 16th was at least a month away, not the following week, as it turned out to be.

So poor Debbie phones me at 4:05 asking if we’re still on for our appointment at 4:00, because I’m actually out at the dollar store with the kids, since I’d promised E we would go today to collect some things for organizing her room and time was running out to fulfill that promise. Fortunately our town isn’t all that big and I was able to rush back in only 15 minutes.

This is important, because the way it works with these homeschool boards is that outside of major cities, a person is assigned all these families within a several hours’ radius and they have to spend days travelling to all the homes in the most efficient path possible. So it’s not like we can just reschedule for next week. It is very important that homeschool parents aren’t total losers with minds of mush to facilitate the smooth execution of year end home visits!

Anyway. So we made it. The other thing about me not cluing in that our visit was today is that I was totally and utterly unprepared. I hope that if anyone considering unschooling in Alberta reads this post, the fact that my bumbling idiocy did not prevent a successful visit will be of comfort and encouragement to them!

I mean, I was unprepared insofar as I had not gathered or compiled or mentally prepared examples of anything at all. If I’d done it as planned, I’d have reviewed our Education Plan (the thing created as part of the hoop jumping required by the government and referred to basically never by us except on special occasions like this), and jotted down a couple examples of things the kids did that applied to each of the categories (which isn’t hard–they’ve got like five categories each, and both education plans are nearly identical), then gathered work, photos, or certificates for a bunch of the things and had it all neatly laid out on the [clean, wiped] table to await her arrival at my [tidy, swept] home. 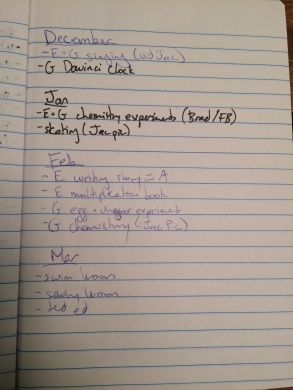 So obviously that didn’t happen. But I do have this little notebook which is kept next to my microwave in which I periodically jot down things the kids did that I know I can show at the year end visit, and note where the evidence is (picture, video, word doc, certificate, a physical item, etc). So I whipped that book out, plus their memory bins, where they toss all their paper-sized things they feel are worth keeping, plus the couple math workbooks I knew they’d done a few pages of here and there, which I mostly remembered to date, again, for the purposes of this visit, quickly wiped the crud off the table, and slapped it all down.

It was a little messy, I’ll be honest–and I’m not just talking about the state of my living room. But Debbie didn’t seem to notice–or anyway, she was just glad she wouldn’t have to drive all the way out here again next month and was eager to make it work! E was up first; I knew she had furiously scribbled down a few chapters of a book she decided to write last week when the computer was broken, which is basically education GOLD, so she showcased that. Being the competitive product-of-the-system that I am I’ll be honest I was proud of the small neat lines written in lower case. She used to resist it vigorously (literally anything unfamiliar), and now it irritates her that comics are often written in all caps. One time in November she got into this multiplication workbook for a few days (did I write a blog post about that? I think I did…) so I showed that off too. She’s been really digging this sewing class she and G have been going to so she grabbed the pull string bag she made last week. I asked her something she learned from a Ted Ed video and she told us about how blood clots cause heart attacks (she likes showing off thankfully). I asked her what 1/4 + 1/4 is because that’s a concept she finally broke through this year, thinking she’d say 2/4, but she was all like, “1/2?” so we high fived. She showed Debbie a few memes she made about hating car trips on our way home from gramma’s house yesterday, and I told Debbie that she and I are practicing a duet to sing in church, which E quickly declared she would NOT sing (not that I was planning it). Then it was G’s turn!

I had found the notebook that he’d done some Life of Fred exercises in so I showed that to Deb. He’s a champ with math stuff so I thought it was a good idea to showcase. In his memory box I found a comic he’d made last month when he and E had made me give them homework assignments (kids are funny), and it was all about an animal he read about in a book. It was a great item for this visit because it included not only facts about nature but also writing! I told Debbie he’s a great orator, and luckily he was convinced to read a page from a library book he’d recently finished (G does not like showing off!!). I had some pictures in my phone of him concocting things, so we talked for a few minutes about vinegar and baking soda, and water and oil, and the rubber egg experiment (where you dissolve the shell in vinegar). He was a little trickier to work with because he doesn’t like talking about himself or being put on the spot and you can upset him easily if you’re not very delicate about it. This is something that unschoolers who live with less oversight relish in–the fact that their children don’t have to be show monkeys if they don’t want to be. But G climbs more out of his shell every year, and anyway if he really refused to talk about or demonstrate anything at all, I think that would have been fine too.

The last thing we have to do at our year end visits is some kind of parent assessment of how I felt my child did in regards to the nineteen Learning Outcomes set out by the government (broad things like “understands the scientific method” and “sees the value in healthy living” etc). This year they wanted a ranking of 1-5 for each of the items. I just dictated my answers to Debbie who entered them into her tablet. Mostly painless!

And that was it! Signed the registration forms for next school year, ran Debbie’s charging cable out to her when she realized she’d forgotten it, and even though my house was a sty and I was woefully underprepared everything went fine, and I’m free until the fall visit, where I will have THREE Education Plans to fudge together because L turns six this June! Hooray!

One thought on “Year End Visit [in April]”