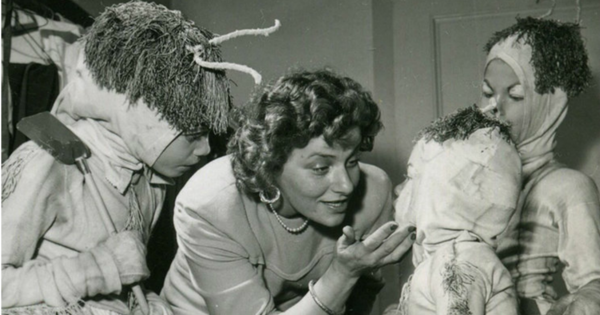 I lay before you today an offering of quotes, from a wise and fascinating innovator and pioneer. But first, a little context:

As we move past the second month of COVID-19 shut downs in Alberta, I’ve been watching the public school dance with great interest. It becomes, I feel, more absurd as the weeks drag on–the messaging being some garbled mix of “don’t worry, your kids will be fine; focus on family relationships”, and “prescribed curriculum is crucially important to the children’s future”.

I received an email from the principal of E’s school today, outlining all the pertinent info for the duration of the school year. Here’s a snippet:

In other words, any school work that has happened since mid March is just for kicks. Oh, but also crucially important. But also not a big deal if your child can’t do it. But make sure they do it. But no one will be left behind. But there’s a google hang out at 2 pm we expect your child to participate in, and will call to check up on them if they’re not present. But don’t stress. Don’t stress! DON’T STRESS!!

Is the school system having an existential crisis? I kind of think it is. Everyone who believes in the system is caught in this uncomfortable vortex of trying to fit the square peg of their ideological beliefs into the round hole of the actual experience before them.

And of course here I am, caught in my own strange vortex of trying to encourage my daughter to follow through on the public school commitment she made while believing in the efficacy of absolutely none of it. I’m not just being a tyrant–this is the disadvantage of the high level of regulation surrounding homeschooling in Alberta. A child must be registered with some school authority, that must keep tabs on them. Thus there are paperwork and costs to taking on a student, and unlike the lucky parents in other provinces, I can’t simply “opt out” three months to the end of the school year. E has chosen public school, and there she must remain till June.

Anyway, in the midst of all this, I have finally started in on a book I bought months upon months ago. It’s called “Improvisation for the Theatre” by Viola Spolin, whose work led to the development of the modern improv theatre we know today. Her type of improv was more interested in the development of the performer themselves, though, than ploying for laughs from an audience. It’s the kind of improv I did a lot of in theatre school–the goal being that you become comfortable with yourself; in tune with your instincts; freely creative and uninhibited by fear or shame. Essentially, it’s the kind of learning I, as an unschooler, am most interested in my children achieving.

So, perhaps unsurprisingly, I found several gems within the first section of the book that I thought might serve as some kind of encouragement or inspiration in this strange and uncomfortable vortex many of us find ourselves in. Behold, Establishment, these glorious and hard earned insights from someone who has nothing at all to do with unschooling! If you won’t believe us crazy radicals, perhaps you can believe her. If you need, replace “play” in your mind with “learning”, and “player” with “student”–they are synonymous. Italics added for emphasis.

“We learn through experience and experiencing, and no one teaches anything. This is as true for the infant moving from kicking to crawling to walking as it is for the scientist with his equations.

“The first step toward playing is feeling personal freedom. Before we can play (experience) we must be free to do so.”

“With no outside authority imposing itself upon the players, telling them what to do, when to do it, and how to do it, each player freely chooses self-discipline by accepting the rules of the game…With no one to please or appease, the player can then focus full energy directly on the problem and learn what he has come to learn.”

“Our simplest move out into the environment is interrupted by our need for favorable comment or interpretation by established authority…In a culture where approval/disapproval has become the predominant regulator of effort and position, and often the substitute for love, our personal freedoms are dissipated. …We see with others’ eyes and smell with others’ noses. …We lose the ability to be organically involved in a problem…Trying to save ourselves from attack, we build a mighty fortress and are timid.

“…Approval/disapproval grows out of authoritarianism that has changed its face over the years from that of the parent to the teacher and ultimately the whole social structure.”

“How much more certain would knowledge be if it came from and out of the excitement of learning itself. How many human values will be lost and how much will our art forms be deprived if we seek only success?”

Let us ruminate on those thoughts a little, and what they may mean in regard to the children into whom we are trying to stuff information that we have decided is important, removed from the context of their lived experience, in an assembly line fashion; and what opportunities we are missing out on, as they focus on checking off these prescribed and arbitrarily, impersonally selected boxes instead of freely engaging with and exploring the natural environment that exists all around them. Especially, I beg you to consider–really consider: how much more certain would knowledge be if it came from and out of the excitement of learning itself?