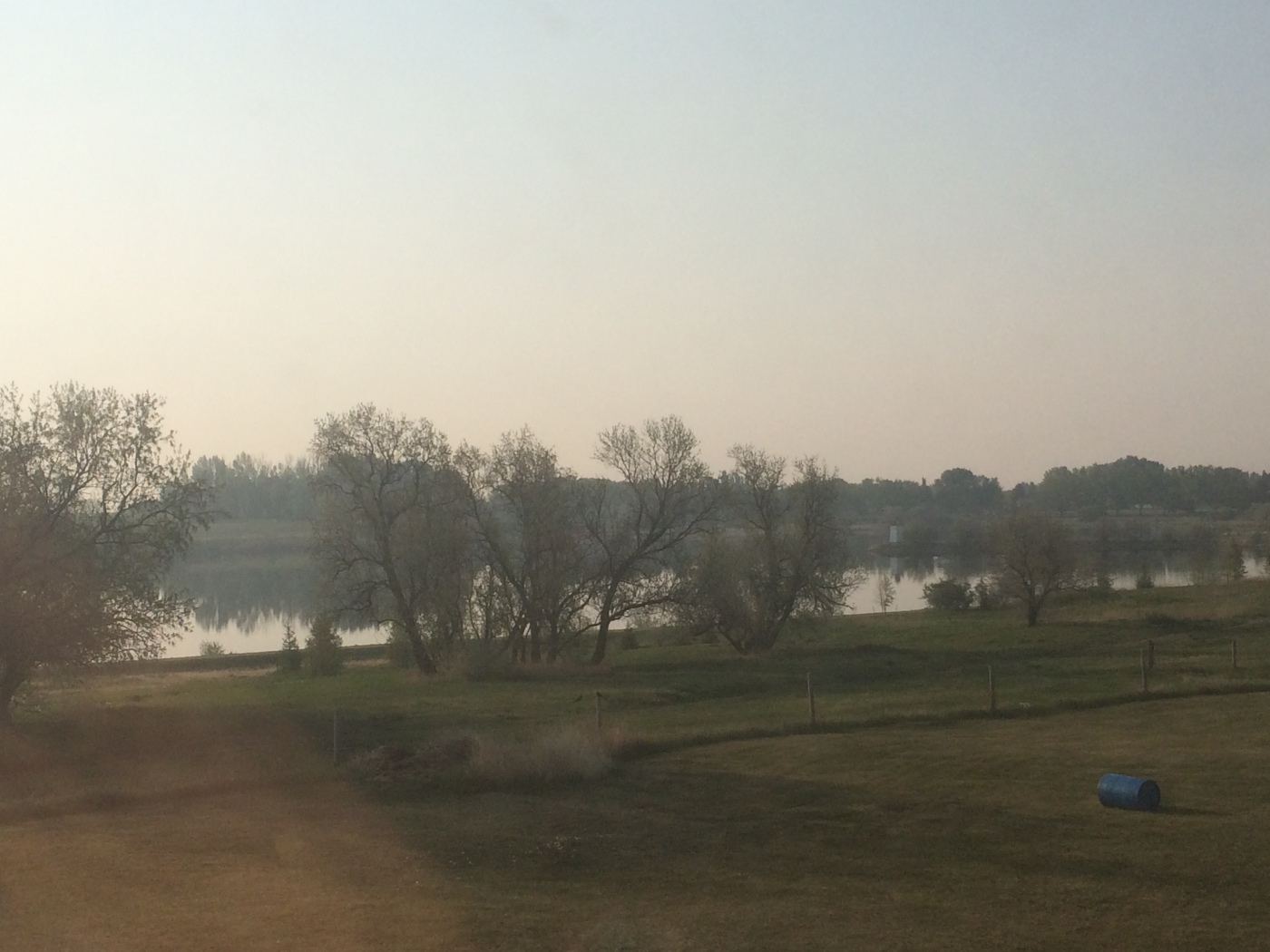 When we moved here to Brooks, one thing I was excited about was the location of our rental. It overlooked the biggest of the town’s manmade lakes; very picturesque, and it has a well maintained paved path going all around. It’s about 2.5 km, with a nice play structure 1/3 of the way around. In the winter, near that park, the city ploughs out a rink on the ice. And there’s a cute little light house shaped pump house jutting into the lake on a rock peninsula. I envisioned our family would make regular use of this beautiful path! And I mean we did…we did. But maybe a dozen times a year–not every few days like I’d imagined!

Definitely part of the problem was that for half our tenancy I was pregnant with my last child, and the old sciatic nerve problem was going out with a flourish–starting earlier than ever before and progressing worse than ever before, rendering me barely capable of getting to the couch without discomfort by the end. One time I actually asked some friends to mop my floor.

We didn’t do a lot of lake walking.

But being honest, part of the problem was also that it always felt like a huge ordeal getting everyone out the door, supplied with their various mobility devices, and to our destination. E complained a lot–she didn’t want to scooter; she was tired of walking; her bike didn’t work properly; couldn’t she stay home and play minecraft. Or L would get tired of his scooter after two minutes and I’d have to carry it; or F would vacillate between wanting to walk and wanting to ride his run bike off the road. Usually there was some sort of exchange between myself and E that went along the lines of, “Your attitude sucks. Just go home then if you’re going to be a crab.” THIS IS SUPPOSED TO BE FUN!!!

So here’s the crazy bit: when we moved this spring, one thing that made me hesitant and a little sad was the idea of no longer having the absolute luxury of living next to this incredible family exercise opportunity. But as it turns out, we have walked WAY more in the past two months than I did the entirety of last summer. We’re in a super walkable area and we take advantage–we walk to the library; the leisure centre; church; playgroup; parks; downtown! At least twice a week we have somewhere to walk to–usually more. And craziest of all: NO ONE COMPLAINS! Suddenly L has learned how to ride a freaking scooter properly. F just sits happily on the front of the stroller. G is…still good. And miraculously, E has nothing–nothing–NOTHING. To complain about.

Here’s what I realized: there’s an important distinction between these two scenarios. Have you guessed it? (Spoiler alert) Here it is: BEFORE we were walking for the fun (“fun”) of walking. NOW we walk to get somewhere. Yeah there was a park. But I mean we also had a super fun yard. So the park wasn’t a great incentive. It was more a consolation–I just could never admit that to myself. I genuinely believed that it was E’s personality to complain about literally everything. Turns out, it’s more accurately her personality to resist pointless activities. Hmm…sound like someone I know? Someone…who cannot stand inefficiency? Who goes crazy over waste?

Not that walking can’t be fun for its own sake. But it wasn’t all that fun for my kids, and when I inadvertently was forced to respect that, life suddenly became smoother, everyone was happier, and everything worked itself out.

You see where I’m going with this? Let me spell it out: hashtag unschooling. BOOM.